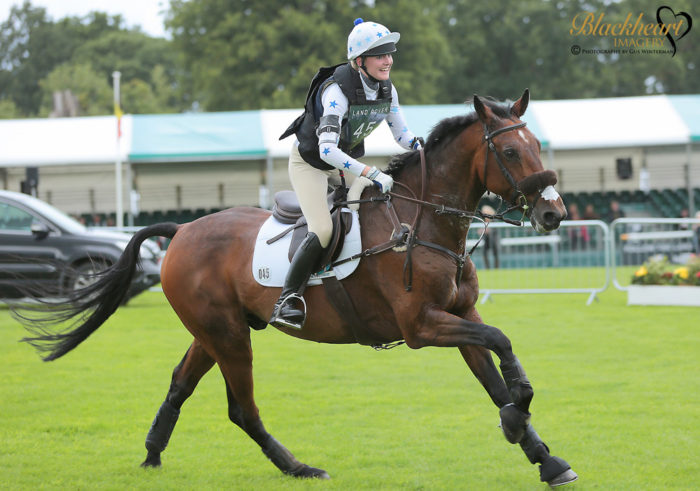 Racing Blue have announced Abi Boulton as a STORM® Advocate for the 2016 eventing season.  Abi is a 21 year old event rider based in Staffordshire and was the youngest to complete the CCI**** at Burghley 2015 with her horse Tilston Tic Toc.  This was the culmination in 2015 of a partnership which started when Abi was 15 and Ben (Tilston Tic Toc) was just at Novice level.

Abi was first introduced to STORM® when her mother Lucy placed the winning bid for a season’s supply of the product in the silent auction at the Eventers Ball (2014) .  Tilston Tic Toc  was established on STORM® early in the season and literally went from strength to strength. We asked Abi and her mum Lucy about their thoughts on STORM® .

STORM® Advocate Abi Boulton sais “I was originally impressed with the science behind STORM® and we have not been disappointed. This supplement has most definitely benefited Ben and although no substitute for proper fitness levels for eventing it does most definitely assist with delaying muscle fatigue and means he recovers more quickly from hard work whether it be in training or competition”.

Racing Blue are pleased to receive such high praise for their unique product, which allows horses to maintain speed and power for longer by supporting the horse’s natural ability to fight muscle fatigue.  We hope feedback like this will help riders understand the practical benefits of STORM® and will encourage eventers from all levels of the sport to offer this nutritional breakthrough to their horses.