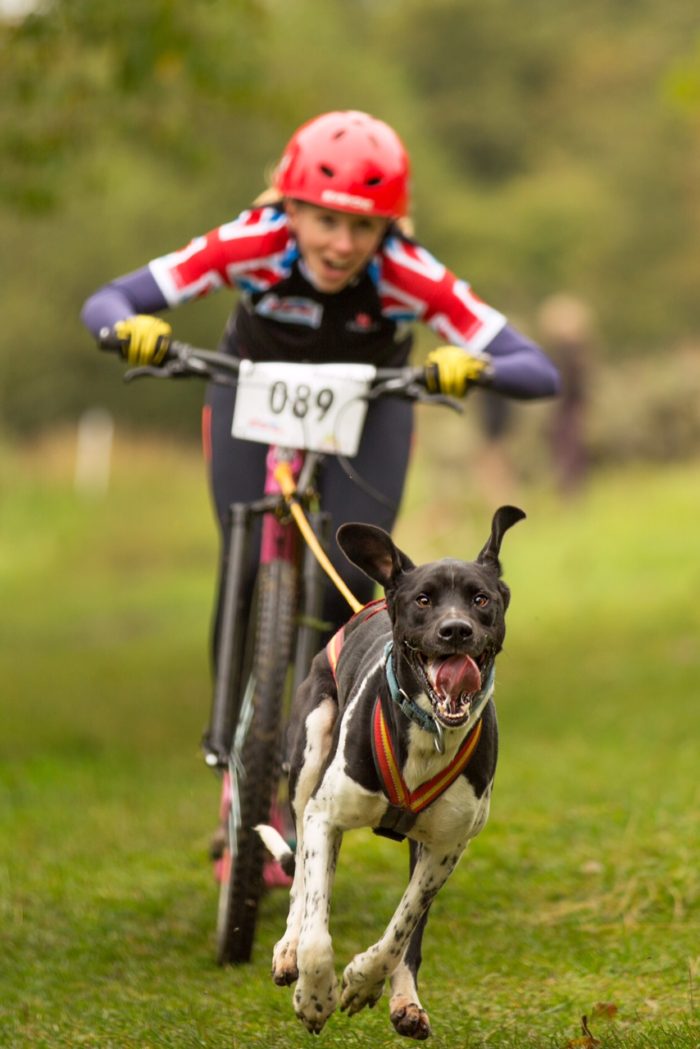 It was Gold for STORM® Canis advocate Bethan Fitzgerald and her dog Charlie in the Scooter event at the recent European Cani-cross championships. Bethan is a vet based in Elgin Scotland and so was on home turf for this prestigious event.  Bethan has kindly summed up the event for us.

“The European Cani-cross championships in Scotland finally arrived, the dogs looking lean, shiny coated and full of muscle.  Danny entered the bike-jor and I the scooter but which dog should I choose!

“The trail was hilly and thanks to a few days of rain, had some good muddy areas, this was a test of strength and fitness for both dog and athlete!”

“Looking around in the start shoot, I couldn’t help but look at how athletic the other dogs were and how long-legged the human athletes were! But not to worry, our dogs were looking just as good, they have been eating CP30, go-on herbs and STORM® Canis.  The trail was hard with steep hills but our superstar, Charlie pulled like a train, he is known as the mud monster so I had to just let go of the breaks and go for it!!!!”

“The whole weekend was “awesome” as we all put it! The British pulled together to put on a fabulous event and a huge big thanks to CSJ too for the sponsorship.”

Charlie and I managed to storm way ahead of the competition and brought home Gold! Danny chose our “big” Harry as his bike dog and managed a fantastic 7th place, the bike men’s class is the most popular and competitive of all.”

“Both of us are buzzing and ready for the next challenge of the World Championships in Canada, two days off and the dogs are already back in training!

For more information about STORM® Canis or where you can buy it, click here.