Vitamins for Horses in Sport 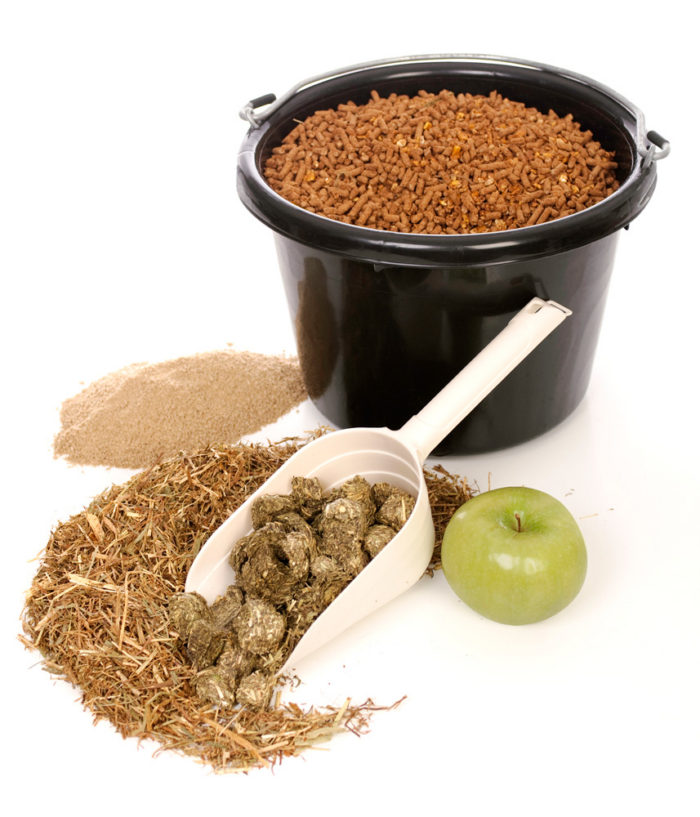 Vitamins for Horses in Sport

Vitamins are a key part of the diet for every horse but are particularly important when we ask more from our horses in terms of exercise performance.   The physical signs associated with an obvious deficiency or excess of one vitamin or another are rare; but despite this we should not presume that the level of vitamins provided in our horses’ diet is optimised for performance. Horses are generally quite tolerant of minor deficiencies or excesses with regards to vitamins and so the margin of acceptable intake to prevent health issues is mostly quite wide. Maintenance of health, however, is a separate issue to optimal performance, which is the ultimate target for horses in race and competition horses.

Vitamins can be divided into those that are water-soluble, which includes the B-group vitamins and vitamin C and fat-soluble vitamins namely vitamins A, D, E and K. As the B group vitamins are water soluble, excess intake above requirements will simply be excreted in the urine. This is a useful mechanism as over zealous use of B vitamin containing supplements will usually only be uneconomical rather than of potential detriment to health.

The B group vitamins have a myriad of functions within the body, but are particularly important for energy generation, proper function of the nervous system, red blood cell formation and maintenance of the digestive system and skin health. Normally in horses, B vitamins are synthesised by the population of bacteria that occupy the horse’s hindgut. These endogenous vitamins are then potentially available for use by the horse. Clearly this provides an incentive to ensure that the bacterial balance in the hindgut is healthy and the environment hospitable. Keeping meal sizes small will help to achieve this, as it reduces the amount of starch that reaches the hindgut having escaped digestion in the small intestine. This is important fermentation of starch in the hindgut leads to a more acid environment, which is less favourable for ‘friendly bacteria’. Live yeast supplements e.g. Saccharomyces cerevisiae Sp can also help to offset the negative effect of a high starch racing or competition diet on the hindgut environment.

There has always been considerable interest in B vitamin supplementation in performance horses for a number of different reasons. Many of the B-group vitamins are intimately involved in the various energy generation pathways. Particularly they play an important role in the conversion of pyruvate to acetyl Co-A, which is a key stage in aerobic metabolism. Reduced or incomplete conversion of pyruvate to acetyl Co-A contributes to a build up in lactic acid in muscles, which then dissociates to form lactate and hydrogen ions (H+). The rise in H+ and associated acidosis is a significant factor in the process of fatigue. B vitamins are therefore crucial to exercise performance and it is not surprising that their supplementation is often a feature of in-training diets. However, currently there is no evidence to suggest that supplementation above that required to meet daily requirements, is beneficial. However, whilst hyper supplementation may not be beneficial, some feeds may not provide an adequate B vitamin intake, especially where microbial synthesis is reduced due to a compromised hindgut. Putting exercise performance aside, there can be other justification for B vitamin supplementation. B vitamins reputedly stimulate appetite, which could be helpful in fussy feeders under stress. In addition, many ‘calming’ supplements contain sometimes quite high concentrations of certain B vitamins as some are reputed to moderate excitable behaviour. There has been little research undertaken in horses to support either of these two notions. Suppression of appetite has been correlated with vitamin B12 deficiency in Man and folic acid supplementation has been previously reported to improve appetite in children. As far as the effect of B vitamin supplementation on behaviour is concerned, there is again no substantiation for its use in horses, but there is clearly some involvement of various B vitamins in mood and behaviour from studies carried out in other species.

Poor hoof horn quality can also be an issue in particularly stabled horses and is often cited as being a particular issue in Thoroughbreds. There are numerous nutrients that are described as being beneficial for hoof horn quality and growth but the B-Vitamin biotin is probably the most well known. Several studies have shown that hyper supplementation with biotin 10-20mg/day for a 500 kg horse can have a positive impact on horn quality.

Vitamin C is an additional water-soluble vitamin that forms part of the body’s antioxidant team. It is particularly important for lung and joint function and forms part of the immune defences. Unlike the B-vitamins, it is not generally found in proprietary feed, as horses are able to synthesis vitamin C from glucose in the liver. It’s debatable whether additional dietary vitamin C is required in normal horses with a relatively sedentary lifestyle. However, it is currently believed that endogenous synthesis of vitamin C may not be sufficient to keep pace with an increased requirement in certain disease states, where the production of damaging free radicals is markedly increased. This can occur with inflammation, particularly where respiratory or joint disease is present.

Not all forms of vitamin C are well absorbed in horses and ironically the commonly known form (ascorbic acid) is actually very poorly absorbed. Other sources of vitamin C such as ascorbyl palmitate or calcium ascorbyl-2-monophosphate are more bioavailable. The beneficial effect of vitamin C supplementation, where respiratory disease is present, is reasonably well established. Certainly exercise tolerance and endoscopic inflammation score has been improved in horses with a previous history of recurrent airway obstruction following only 4 weeks supplementation with vitamins E and C and selenium.

The fat-soluble vitamins A, D, E and K as the name suggests are soluble in fat. They are absorbed from the gut in association with the oil component of the diet and can, unlike the water-soluble vitamins, be stored in the body, mainly the liver. This is an advantage in some respect, as it allows stores of e.g. Vitamins A and D to be called upon when the levels in the diet are reduced. However, their retention in tissues can also lead to potential health issues with oversupply of these vitamins.

Supply of vitamin A, which is needed for vision and to support immunity, is generally good from typical race and competition diets. Horses will receive pre formed vitamin A from their concentrate feed and b carotene, which is a precursor or pro-vitamin A, from any grass or other green material such as hay or alfalfa. The concentration of vitamin A typically found in concentrates ranges between 11,000-14,000 iu/kg. A performance horse in training being fed 6kg of concentrate feed per day would therefore receive between 66,000 – 84,000 iu/day just from the concentrate feed. This is a sufficient intake to adequately meet the daily requirement for horses in work. However, care needs to be exercised to avoid excess intake of vitamin A, especially where multiple vitamin A containing supplements are used. The upper safe level of vitamin A in the diet of e.g. a 450kg horse is about 144,000 iu/day. Excessive vitamin A intake has been associated with bone fragility and has also been implicated in developmental orthopaedic disease.

There has been little research completed to quantify the optimum intake of vitamin A for performance. Only one previous study suggests that an intake of 50,000 iu of vitamin A / day (already supplied by most racing diets) would support connective tissue and reduce tendon injuries.

Vitamin D another fat-soluble vitamin but also a hormone is intimately involved in calcium and phosphorus balance. It facilitates the absorption of calcium from the gut and its re-absorption from the kidneys and bone. Vitamin D status is likely to be particularly important where bone remodelling occurs and especially during the typical period of early race training where a decrease in bone density has been observed. Vitamin D is sometimes referred to as the ‘sunshine’ vitamin, as horses can produce it naturally in the skin when exposed to the sun. This could potentially be an issue for many horses spending most of their time indoors out of the sunshine. Concentrate feeds do tend to be well fortified with vitamin D and an average intake should easily meet daily requirements, although less is known about optimum intake for performance.

Vitamin E is probably best known for its antioxidant properties and its’ previously suggested involvement in ‘tying up’ and other related muscle conditions. Although an unequivocal link between inadequate vitamin E intake and tying up has not been established, it is generally accepted that these horses may have a higher requirement for vitamin E rather than a true deficiency. Previous research has suggested that the existing National research council (NRC) recommended intake for vitamin E is insufficient to maintain plasma and muscle vitamin E levels during training. Vitamin E intake near to 1500-2500 iu/day may be needed to maintain vitamin E status during regular exercise. An even higher intake of vitamin E (5000iu/day) has been reported to reduce the exercise associated rise in creatine kinase (CK) during prolonged endurance type exercise.

Many feed companies have now increased the level of vitamin E in their feed. Whilst it was common to see race or competition feeds containing 250iu/kg of vit E, many companies have now increased this level to nearer 300–500iu /kg vitamin E. However, as with most things nutritional it is not just the level of vitamin E present that counts, but how it is provided. The availability of vitamin E varies markedly between a synthetic source, largely found in prepared feeds, and a natural source. Natural forms of vitamin E appear to be significantly more available than the traditional synthetic form. New technology has also made it possible to encapsulated vitamin E, making it water soluble, which increase availability still further.

Vitamin K is the last fat soluble vitamin to mention. Its primary role is in blood clotting and also bone metabolism. There are actually three forms of vitamin K, namely K1, K2 and K3. Vitamin K1 is required for activation of osteocalcin needed to direct the mineralisation of bone.   K1 is found in pasture but it is inherently unstable and the levels reduce as pasture quality decreases and declines abruptly once it is cut for hay. The form of vitamin K added to proprietary feeds is vitamin K2, which fulfils its role in blood clotting but is not able to activate osteocalcin. Intestinal bacteria produce vitamin K3, although their exact contribution to the horse itself is unknown. Studies in horses to date have not quantified the dietary requirement for vitamin K, although recent research suggests that supplementary vitamin K1 may be important for strength and durability in bone.

Race and competition diets tend to be well fortified with vitamins and from my experience over supplementation is common. Where additional vitamin supplements are used a clear benefit should be sought e.g. for biotin or perhaps through the use of more bioavailable forms of some vitamins such as vitamin C or E. Further research on the impact of hindgut microbial balance on B vitamin status and on the role of vitamin D and K1 in performance horses will be interesting.