Can Dietary Change Impact on Bleeding or EIPH? 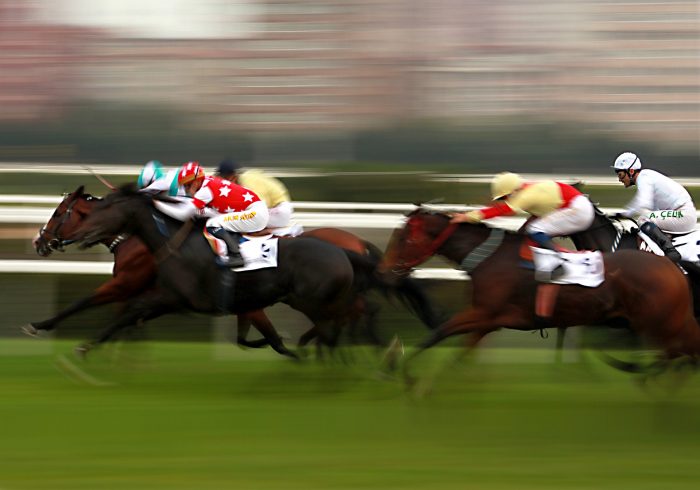 Exercise induced pulmonary haemorrhage (EIPH) has been a concern for racing all over the world for a long time. There are records as far back as the early 1700s describing bleeding in racehorses of excellent pedigree, most notably a horse called Bartlett’s Childers that was nicknamed Bleeding Childers due to his battles with what is now known as EIPH.

The occurrence of EIPH seems to be higher in sports involving high intensity exercise such as racing. However, the prevalence is greatly influenced by the diagnostic methods employed. For example, when the appearance of blood from one or both nostrils (epistaxis) is used as the diagnostic criteria, the prevalence of EIPH is quite low. Understandably, prevalence is increased when a more comprehensive investigative method such as endoscopy or bronchoalveolar lavage is used, or when horses are repeatedly examined. The inference being that if you look hard enough and long enough diagnostically, almost all active racehorses will show a level of EIPH at some time. A large study in Australia has concluded that there’s a confirmed hereditability or genetic aspect to this condition which may perpetuate the situation where ‘bleeders’ stay in the gene pool.

Clearly, EIPH presents a major concern with any horse in race or competition training, not only from a welfare point of view, but it also leads to a reduced ability to train and likely impacts on performance; although to what degree seems to be determined by the level of EIPH. Following an episode of epistaxis (blood in the nostrils), some racing jurisdictions and other sports regulators, stipulate a period of enforced absence from the racing or competition.

Welfare is central and public perception of horseracing is paramount, consequently, racing and other horse sports are under tighter scrutiny all over the world regarding equine welfare. Perhaps not surprisingly in this context, there has been a shift in perspective regarding commonly used medications such as Lasix (furosemide) used to counter EIPH.

Nasal strips (Flair®), which support the tissues of the nasal cavity and help to keep the upper airway open during exercise have been permitted by some racing authorities and they are used more widely in non-racing sports. Evidence suggests that nasal strips reduce upper airway resistance and consequently some prominent exercise physiologists and veterinarians have suggested that sufficient published scientific evidence exists to support their use in the preventative management of EIPH. However, even though there are no welfare concerns associated with nasal strips, there are several racing authorities around the world yet to approve their use.

Alongside the ongoing development of new medications to successfully control or counter EIPH within the Rules of Racing, diet and other natural approaches remain of interest to trainers. The bleeding associated with EIPH is thought to be a consequence of the extremely thin membrane layer that exists between the air contained within the alveolar air sacs and the blood vessels. The fragility of this membrane is imperative to facilitate efficient gas exchange between the lungs and the blood.  However, it is vulnerable to physical damage when placed under physiological stress, for instance, during intense exercise when a huge surge in gaseous exchange is needed. Published research suggests that EIPH is a condition that progressively worsens over time, with exertions during training and competition or racing a significant contributing factor.

Researchers are currently theorising that the pulmonary veins may progressively narrow, due to strengthening of the vessel walls because of smooth muscle expansion or hypertrophy, in conjunction with collagen deposition in the vessels themselves. Similarly, in human studies where pulmonary hypertension exists (high blood pressure in the vessels supplying the lungs), have detailed an accumulation of calcium in the pulmonary vessels, which also contributes to a loss of elasticity. A recent Canadian study of 108 racing horses that had died also investigated this and found high levels of calcium deposition within the tunica media (muscular middle layer) of the pulmonary arteries.

As a nutritionist, my key interest is of course the impact of diet on EIPH. So far, nutritional efforts to reduce the occurrence of EIPH have taken the approach of bolstering any potential physiological weakness that may contribute to the incidence of EIPH. Product development and in some cases research has focussed on areas such as, collagen synthesis, blood clotting, inflammation, respiratory environment, water balance and blood flow or haemodynamics. Currently, there is no definitive explanation of the cause or aetiology of EIPH, and therefore there are no treatments which are 100% effective, and so it’s very unlikely that any standalone nutritional changes would prevent EIPH. Nonetheless, we can move forward on the basis that dietary intervention may contribute to a reduction of some physiological risk factors involved in the occurrence of EIPH and potentially lessens the frequency or severity.

For many years, vitamin K has featured in supplements seeking to assist horses that are at risk of EIPH. This was based on the mistaken belief that incorrect clotting was instrumental in the mechanism of EIPH. This is understandable, as vitamin K has a definitive role in clotting function. Perhaps though, we’ve been looking at this from the wrong angle, as vitamin K, in the form of K1, also performs an essential role in calcium homeostasis by activating GLA proteins in the body, including matrix GLA protein and osteocalcin. Activated osteocalcin is crucial for depositing calcium correctly in bone and hence adequate vitamin K1 is crucial for bone strength and repair. Incredibly, activated matrix GLA protein is responsible for removing unwanted calcium deposits from soft tissue and the walls of blood vessels and depositing it into bone. Hence having sufficient dietary vitamin K1 is important.  Once again nature provides, as actively growing green grass is the main natural source for vitamin K1 (phylloquinone), which is crucial to triggering these two K1 dependent GLA proteins. It is important to note that synthetic vitamin or menadione does not perform this same function. Of course, very few racehorses have access to fresh grass in their diet, perhaps with places such as New Zealand being the exception. It’s also worth noting that vitamin K1 is swiftly destroyed or broken down in pasture that is preserved as hay or haylage. It would certainly be a very interesting study to ascertain whether EIPH positive horses have sub-optimal activation of GLA protein when compared to EIPH negative horses.

Looking at other factors, both inflammation of the airways and capillary fragility are regarded as risk factors for EIPH. As an important water-soluble antioxidant found in lung lining fluid, vitamin C has been looked at in relation to respiratory health. Vitamin C is required for an essential stage in collagen synthesis, which provides strength to the walls of blood vessels. Several studies suggest an improvement in airway inflammation because of vitamin C supplementation, yet no direct benefit has been proven in the instance of EIPH.  Vitamin C supplementation is not necessarily warranted, as under normal circumstances horses do not have a dietary requirement for vitamin C as they are able to synthesise it directly, however, if requirement outstrips endogenous synthesis, which may occur where respiratory disease is present then supplementing with a bioavailable form of vitamin C may be of benefit.

Airway inflammation is certainly an issue for horses in training and any measure to normalise this as part of a multifaceted approach to EIPH, should be beneficial. Ensuring management practices are followed to maintain a low dust environment to reduce the ongoing respiratory challenge.  Using high quality microbiologically clean feed and forage being is essential and the use of hay steamers or haylage can help to achieve this.

There have been studies into the ability of omega 3 fatty acids to increase the fluidity, flexibility or ease of travel of red blood cells through blood vessels, which may reduce resistance to the flow of blood during exercise as well as maintaining elasticity of blood vessel walls. Omega 3 fatty acids are also naturally anti-inflammatory, which may have an additional beneficial effect on reducing airway inflammation. To date, three published studies have been conducted in horses that propose that it’s possible to reduce the severity of EIPH by supplementing with long chain fatty acids DHA and EPA. As standard, the diet of a racehorse usually has quite low levels omega 3 fatty acids, as once again, pasture is a significant source.  A traditional racing or competition diet would be typically low in omega 3 fatty acids and higher in the more potentially inflammatory omega 6 fatty acids.

Canadian analysis of ryegrass, fescue and orchard grass has demonstrated that the parent omega 3 fatty acid, alpha linolenic acid, is the most significant fatty acid in pasture. However, DHA and EPA, which are longer chain omega 3 fatty acids that can be only synthesised from linolenic acid are physiologically more functional.  However, the conversion from linolenic acid is comparatively inefficient at about 5%. It may follow that either a large intake of linolenic acid from pasture is needed to ensure sufficient DHA and EPA or stabled horses could benefit from these longer chain fatty acids being delivered directly in the diet. Ingredients such as salmon oil, tuna oil and some algae can offer a rich source of either or both DHA and EPA.

As a vasodilator, nitric oxide relaxes vascular smooth muscle including blood vessel walls, opening them up and reducing the resistance to the flow of blood. Nitric oxide is produced locally through the action of nitric oxide synthase.  It has been proposed that the amino acid L-Arginine, or nitrate containing ingredients such as grass, sugarbeet or beetroot could act as precursors or stimulants of nitric oxide synthesis and have a concomitant benefit. However, this is unproven and a recent trial to investigate the effect of nitric oxide inhalation in horses reported a negative effect on EIPH.

To summarise, it’s quite improbable that any nutritional remedy for EIPH exists, either now, or in the near future. Yet, there are several management practices and nutritional factors, which if followed collectively and implemented under veterinary supervision, may help to reduce the occurrence of EIPH in at risk horses. Additionally, the positive effects of pasture in terms of omega 3 and vitamin K1 intake, as well as the benefits of an outdoor environment on airway inflammation should perhaps be studied further in horses at risk of EIPH. Although, given the likely genetic component to EIPH, it’s also worth exercising caution as this could result in greater retention of horses with EIPH in the gene pool.